In Mumac Academy on June 29 and 30, 18 Italian baristas challenged to gain access to the Espresso Italiano Champion’s International Semifinals at Host 2017 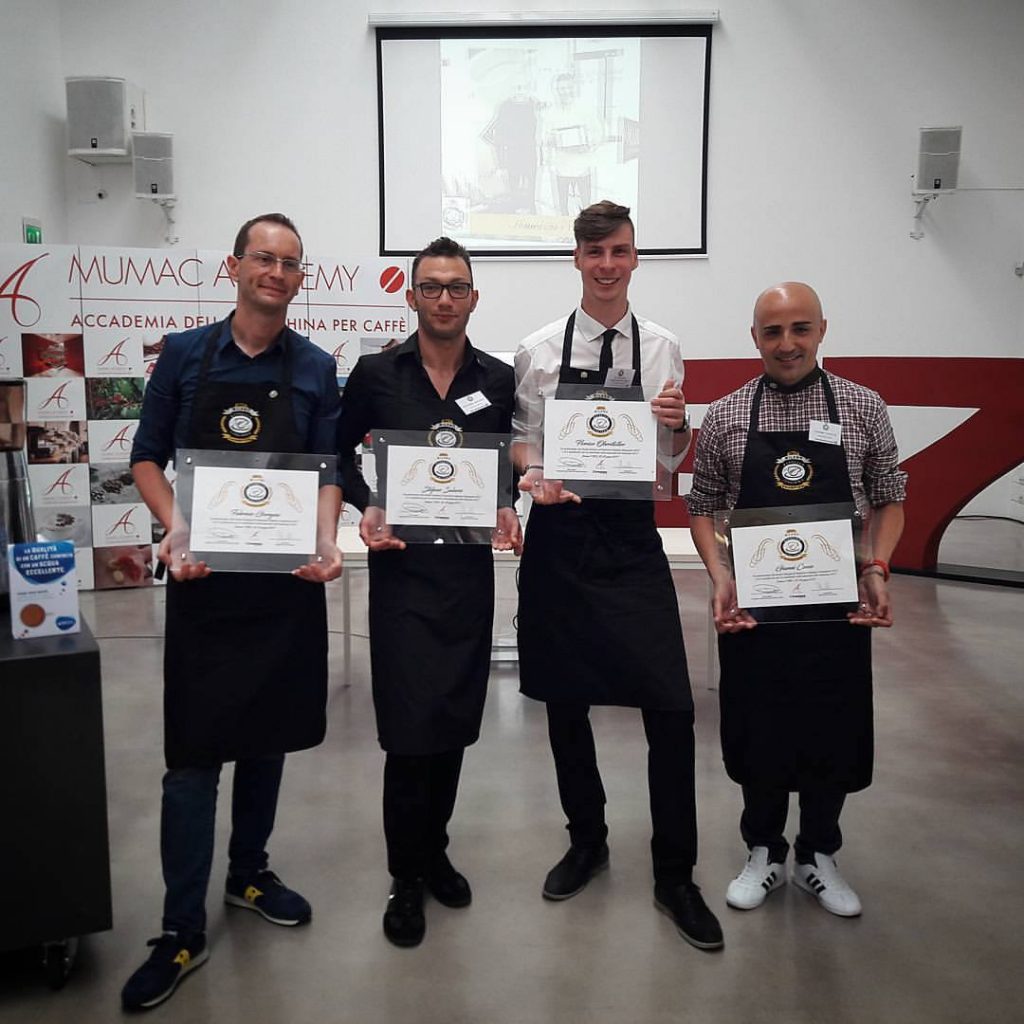 The Italian finals of Espresso Italiano Champion 2017 were held in Mumac Academy on two days: 18 Italian barista met the 8 seats available for our country at the International Semifinals at Host in October.

La Genovese will host one of the international semi-finals in his stand at Host. There, the Italian winners will meet the colleagues from Japan, China, Korea, Taiwan, Thailand, Bulgaria and Germany. The best will be at international final at Wega’s stand.

The competitors competed with a Faema E71 and had to find the perfect grinding for four espresso and four capppuccini on a Faema 3000 OD Touch grinder. A race against time (only 11 minutes), under the eyes of technical judges and subjected to blind judgment of the sensory judges. Thanks to this formula, Espresso Italiano Champion, in its fourth international edition, knows more and more success: this year there will be 40 selection races in the different countries, for a total of 400 barista.

“Mumac Academy has been convincingly involved in organizing the event, dedicating it to its entire team so that its competitors can face the best possible conditions – said Luigi Morello. – We are grateful to the Istituto Nazionale Espresso Italiano for engaging us in this competion between bartenders, that is above all a great time to celebrate the culture of Italian coffee. ”

INEI thanks Mumac Academy for the perfect organization of an event that has been a time of comparison between level professionals – said Paolo Nadalet, president Inei – Now the witness goes to the Inei members who will host the international semi-finals And the final of Host. In general, it is very encouraging to see how the Inei network of companies is strongly supportive of Espresso Italiano Champion, a significant stage for our coffee. ”

Fabrizio Giorgini is the holder of the Bar of Loano and client of La Genovese ever since. For the race he used the Anniversary Blend, the same he uses every day at the his bar. After winning the selection that took place in May at our company, he trained hard for 2 months with Alessandro Borea to prepare for the best for this race. He did a great race, went overtime for a few seconds but prepared perfect espresso and cappuccinos that were rightly rewarded by the jury. And now below with the training for the international final!