For the fourth consecutive year La Genovese won the gold medal at the International Coffee Tasting. 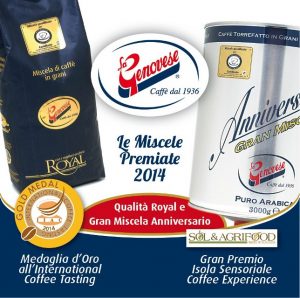 To 26 judges coming from 9 different countries were entrusted the sensory evaluations of 149 coffees from 13 countries in two days: a truly international test bench which has decreed the winners of the competition.

The ROYAL blend of La Genovese won the GOLD MEDAL in the category “Italian Blends for Espresso”, prize that had already won in 2012. It is a blend composed by 90% of Arabica coffees, it’s characterized by an extraordinary aromatic richness combining notes of fresh fruit and tropical flowers, with hints of chocolate and spices.

This award of excellence honors, not only the taste and the precious aromas of La Genoese’s blends, but also the quality, which has always distinguished La Genovese of Albenga, and that brought her to be recognized and very appreciated throughout the world. This important award adds to the one obtained by the Anniversario blend at the “Sensory Island Grand Premio” for the category Coffee Experience, of April 2014.

For La Genovese a 2014 full of rewards and satisfactions! 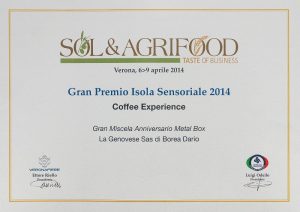 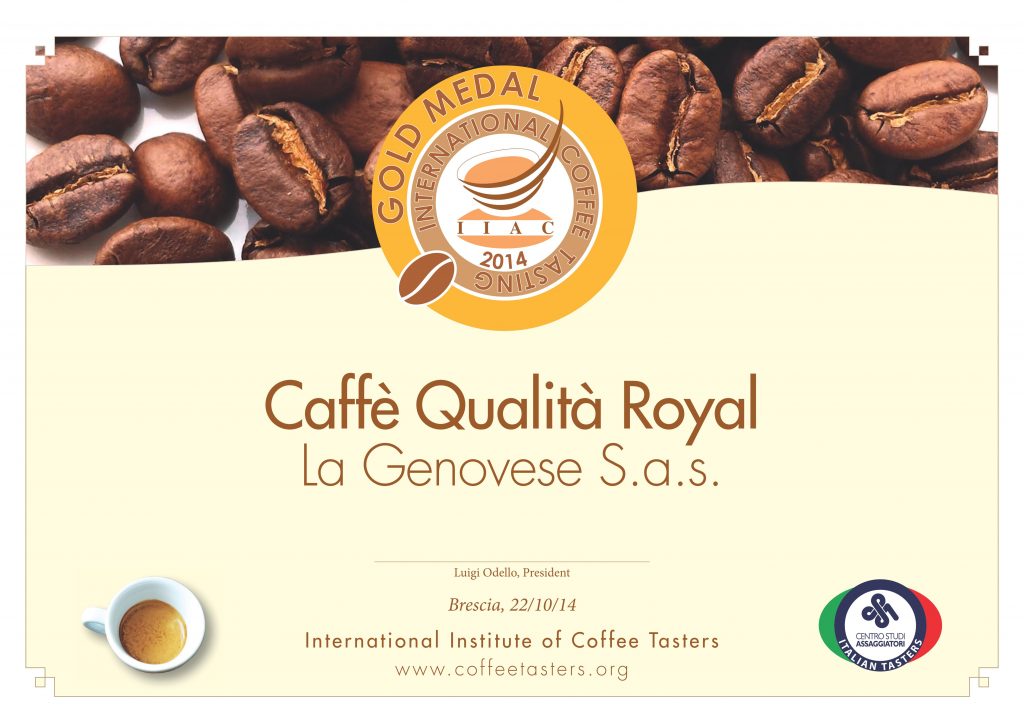